My name is Holly Hubbs. I am a long-time saxophonist, college music prof, independent free spirit and all-around curious, exploring adventurer. During summer 2018, I participated in the Amherst Early Music Festival, which provided a much-needed musical kick in the pants. I went there seeking musical renewal from the mid-career blahs. What I didn’t know is that I would come away with a life-changing obsession with the new love of my life — the recorder!

I had dabbled in recorder for a while before attending the Amherst festival, but always as an aside rather than a focus. Recorder was the means by which I could engage with early music (my other, more long-standing love affair) in a more authentic way than I could on my original instrument of saxophone (which wasn’t invented until the mid-19th century!).

I was terrified to put myself in front of some of the best performers and teachers in the world, on an instrument at which I had a rudimental skill level (that description is doing me a favor). The generous, patient and inspiring welcome I received there, however, fostered an unexpectedly profound liberation. I COULD and WOULD engage with this new thing and I didn’t yet have to be polished. The freedom of novice-ness was simultaneously searingly humbling and freeing.

Post-Amherst, my dedication to learning this new (to me) instrument has only grown. For the first time since graduate school, I wake up early for daily practice. My enthusiasm for recorder has also infused other areas of my life! As a side-project, I decided to embark on a video-log project, documenting my recorder journey in a series of short videos. I am interested in exploring vlogging, as it involves me in digital humanities work I have very much wanted, but have yet to do. This project is also fueled by a curiosity to explore research questions I have regarding how drastically instrumental-music pedagogy has changed with the proliferation of 21st-century technologies. When I was in college, it was prescribed that you “record yourself” – yet you had to be one of those lucky folks with the right equipment in order to do so, and I was not. Moreover, you were asked to practice “in a mirror” – leaving you to self-critique posture, embouchure, hand position, etc., in real time and while playing! The ubiquity of cell phones and their ever-increasing capacity for video recording changes this game.

And so begins a year-and-a-half-long project in capturing and sharing my experiences with (and hopefully improvement upon!) the recorder. I do sense these videos compel me toward improvement, and I also feel there’s pedagogical impact here.

Thanks for reading, and play on!

“Our doubts are traitors, and make us lose the good we oft might win, by fearing to attempt.”    Wm. Shakespeare, Measure for Measure 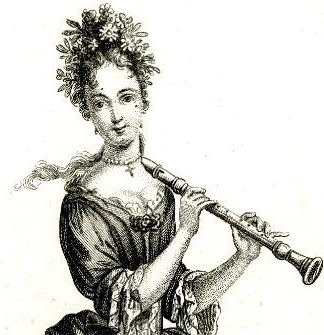